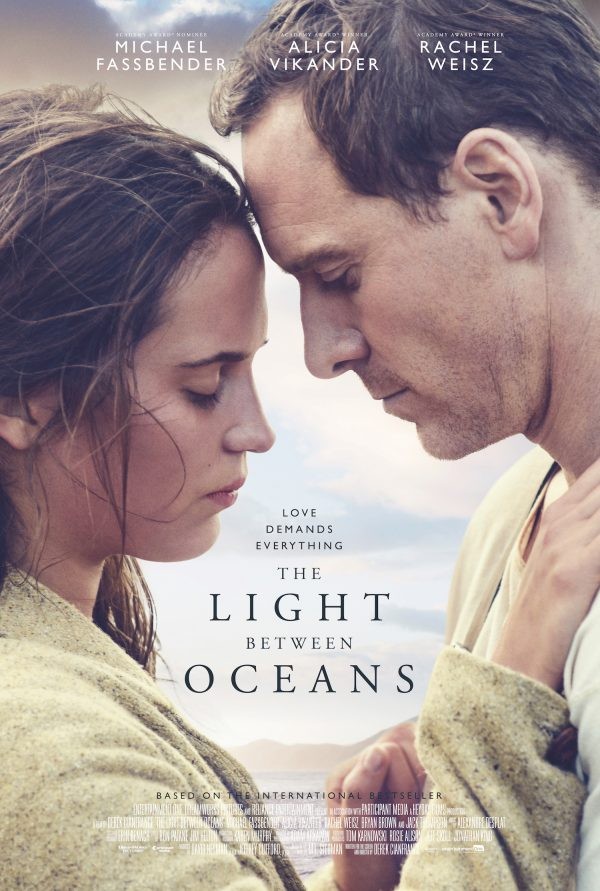 Based on the 2012 best-selling novel of the same name, The Light Between Oceans is a beautifully crafted period romance with an intriguing twist of drama. Set after World War I on the remote coast of Australia, the movie begins with the arrival of a new lighthouse keeper named Tom, superbly played by Oscar-nominated Michael Fassbender. Eventually, he falls in love with a daughter of local school headmaster named Isabel who is also brilliantly portrayed by last year’s supporting actress Oscar winner Alicia Vikander. After they get married, she moves with Tom to the lighthouse which is located on a small desolate island many miles away from the town. After a series of personal tragedies, Isabel is desperate to have a child. Unexpectedly, her wishe seems to come true when a young infant washes ashore still alive. The moral dilemma of whether or not to keep the child or tell authorities puts a strain on Tom’s and Isabel’s marriage. Several years later, the relationship undergoes even more significant stress when they discover that the mother of the child lives in the local town. The grieving mother and widow played by another Oscar winner Rachel Weisz has been told that her child and her husband were lost at sea. The movie is effectively able to convey the gut-wrenching agony of both biological and adoptive mothers coping with the loss of a child. The remote setting is perfectly encapsulated by breathtaking shots of turbulent seas and windswept vistas. In addition to the cinematography, the acting is what makes the movie special; the chemistry between Fassbender and Vikander feels very real so much so that the two actors started dating during filming. Overall, I found the film to be a first-rate period romance that had enough drama to make it interesting. It was greatly elevated by being an acting tour de force.