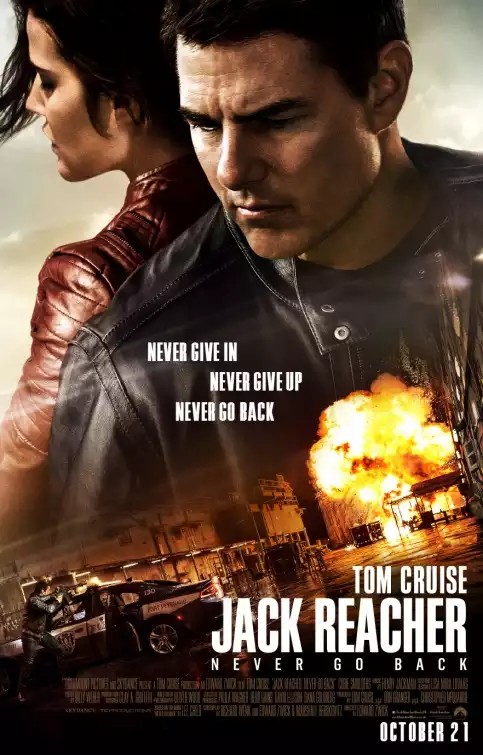 Based on a long-running series of novels written by the British author Lee Child, Jack Reacher: Never Go Back is a rather uninspired crime thriller filled with so many cliches that is hard to keep count. Even though it features the international superstar Tom Cruise, the film feels more like a B-movie, more in line with a Steven Segal or Chuck Norris production. It is a formulaic sequel to 2012’s Jack Reacher in which Cruise reprises the role of Jack Reacher, a recently retired major in the United States Army Military Police who remains on the hunt for criminals. The movie follows Reacher as he tries to uncover the truth surrounding the false accusation that a top commanding officer is a spy. There is an element of a love interest between Reacher and the officer who happens to be a beautiful young woman played by Cobie Smulders. Eventually, he stumbles upon an international conspiracy involving a large defense contractor for the United States military and its possible shady dealings. While running on a wild goose chase, Reacher must also protect a troubled teenage girl who is supposedly his daughter that he did not know he had with an unknown girlfriend from many years ago. Like any other action flick, it contains many fairly average gun battles, explosions, and hand-to-hand combat sequences. Overall, I found it to be an unoriginal and unstimulating average or even below-average action thriller that does not contribute much to the genre except simply providing Hollywood another Tom Cruise blockbuster. Befitting the title itself, the movie proves that it is a sequel that one should never go back to, unless you are an avid fan of Tom Cruise or stereotypical action films.