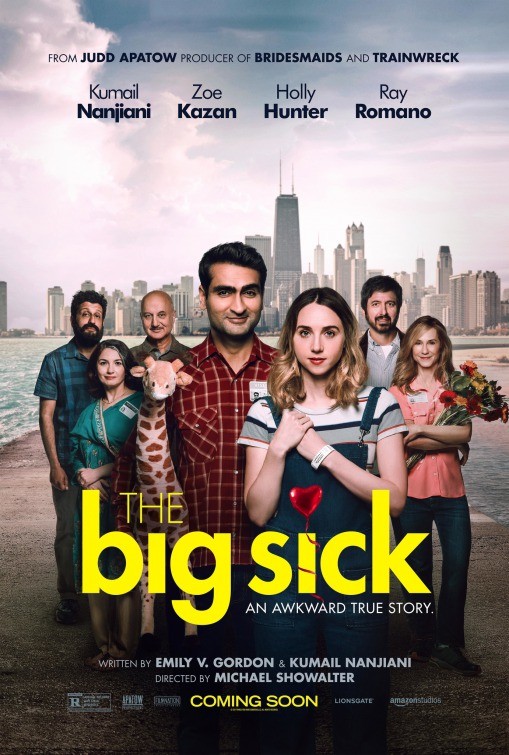 Based on the true love story of the movie’s writers Kumail Nanjiani who is best known for the HBO comedy series Silicon Valley and his wife Emily V. Gordon, The Big Sick is a terrific fresh take on the romantic comedy genre that is full of so much humor and human emotion to be appealing to those who do not like conventional romantic comedies. Played by himself, Kumail is a struggling standup comedian living in Chicago who works part-time as an Uber driver and feels extreme pressure from his traditional Pakistani Muslim family to marry a Pakistani woman. However, he personally experiences the difficult cross-cultural divide between his traditional Muslim family and his desire to be a typical young American man. He begins a relationship with a young white woman named Emily, played by Zoe Kazan, after they meet at one of his standup routines. However, their blossoming romance starts to fall apart when Emily discovers that Kumail’s parents are forcing Pakistani women on him, and, therefore, their future together may never work. Following their tense breakup, Kumail receives an unexpected phone call that Emily is in the hospital and, as the only person there that knows her, makes the decision to allow the doctors to place her in a medically induced coma to prevent the spread of a mysterious and life-threatening infection. Soon after, Emily’s parents Terry, played by Ray Romano, and Beth, played by Holly Hunter, rush to the hospital and basically tell Kumail he is no longer needed despite possibly saving her life. He refuses to leave the hospital, and, initially, her parents are fairly hostile to him and constantly ask him why he is there since Emily already broke up with him. Over several hilarious encounters and heartfelt moments when there is a fear that Emily will not make it, Kumail develops a very close and heartwarming relationship with both Terry and Beth and come to understand each other’s cultures. At the same time, Kumail’s family becomes increasingly agitated with their inability to arrange a marriage for him. They even claim to disown him for finally admitting that he is in love with an American woman who is neither Muslim or has a Pakistani background. Overall, I found it to be one of the most enjoyable films that I have seen recently and is remarkable for being so funny and uplifting despite being about a young woman in a coma.