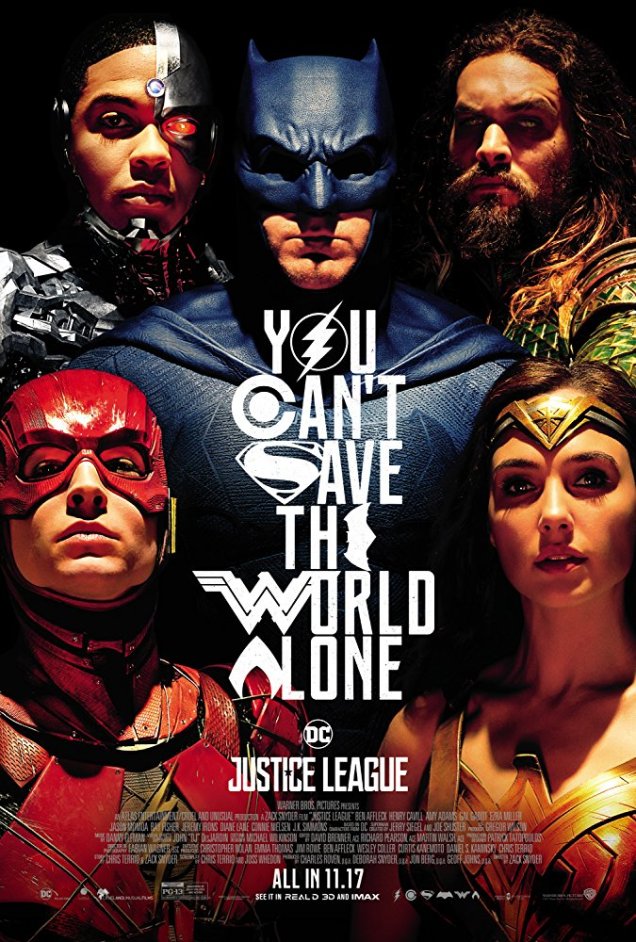 Directed by Zach Snyder who is best known for 2006’s 300 and 2009’s Watchmen, Justice League follows a long line of superhero comic book movies that ultimately falls short of reaching the more entertaining adaptations in the Marvel Cinematic Universe. As the sixth installment in DC Comics Extended Universe that desperately tries to emulate the success of Marvel, the film is unfortunately only marginally better than the other critically unsuccessful installments, including 2016’s Batman v Superman: Dawn of Justice and 2016’s Suicide Squad. Similar to The Avengers, the plot revolves around a group of famous superheroes who come together to fight off a villain trying to destroy the world. An alien creature awoken after thousands of years, Steppenwolf, along with his army of Parademons, is set on conquering Earth by locating three so-called Mother Boxes whose combined power would set off the destruction of the world. Eventually, Diana Prince who is better known as Wonder Woman, played by Gal Gadot, is alerted to Steppenwolf’s malevolent goal and eventually joins forces with the superheroes Batman who is played by Ben Affleck, The Flash who is played by Ezra Miller, Aquaman who is played by Jason Momoa, and Cyborg who is played by Ray Fisher. After their first major battle with Steppenwolf in Gotham City, the team learns there may be a way to resurrect Superman, played by Henry Cavill, who died at the end of Batman v Superman and is universally mourned as one of the last great heroes. The ending is fairly formulaic because it involves the newly formed Justice League entering into one epic final battle with the villain Steppenwolf and the outcome has major repercussions for Earth and humanity. Overall, although it has many fine actors, the movie feels like a hodgepodge of several different superhero action flicks that includes several new characters that are not properly introduced for the casual filmgoer. It should have followed the extremely successful formula of 2017’s Wonder Woman in which the characters’ back stories are told in greater detail and thereby the audience feels a greater emotional connection.